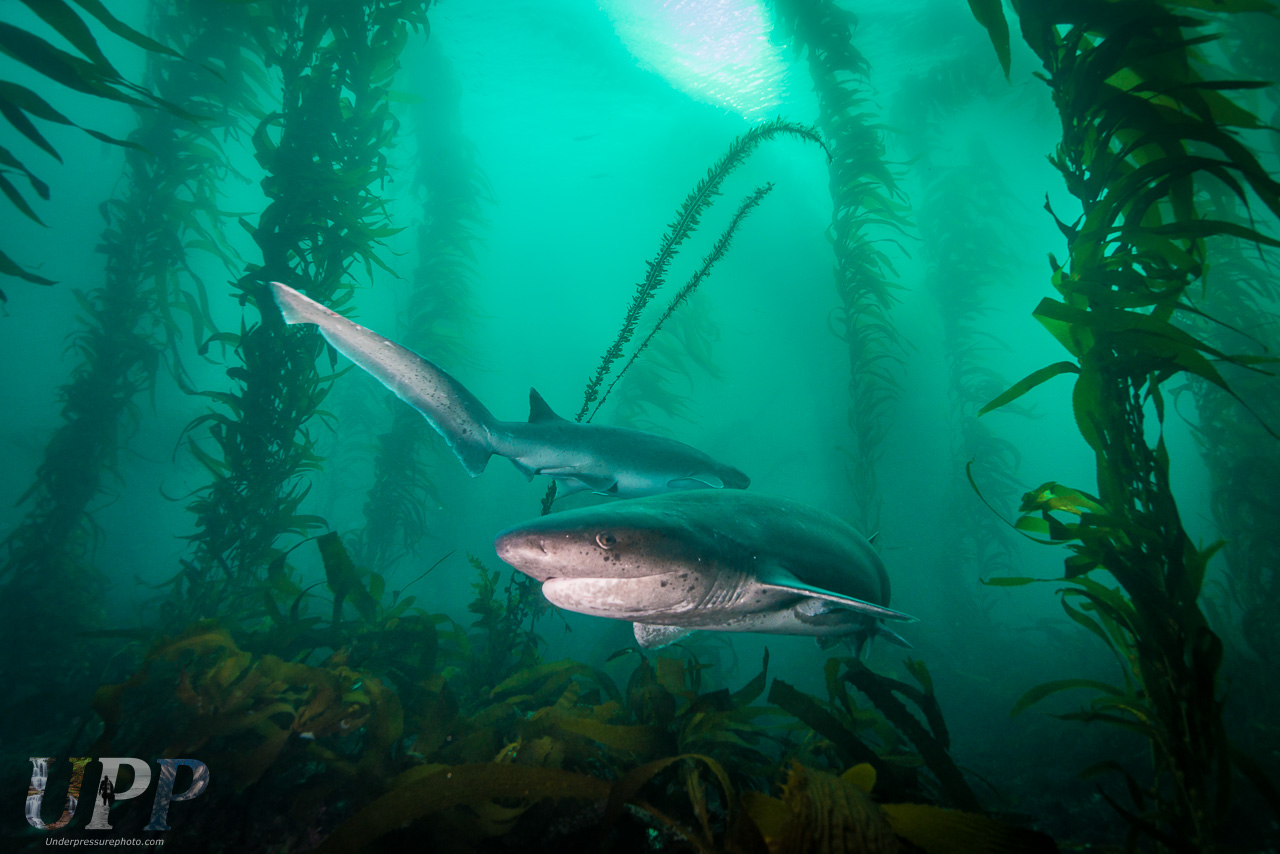 Below are my top ten favorite photos that I shot in 2013. The year brought with it new adventures both locally and on the road. Crtr Grl and I took a road trip to Olympic National Park, Washington and I got my second opportunity to dive with sevengill sharks in La Jolla, CA. We got lost at sea (for an hour) and we also completed our first half marathon in Las Vegas, NV. I didn’t do as much diving as in the past, but made up for it with adventures on land. Crtr Grl is working on getting SCUBA certified and that means we’ll be doing a lot more diving in the future!

2014 brings with it a lot of new opportunities, including a backpacking trip and a surprise we’ll be announcing after the new year. We’re super excited about all the adventures that await us. Now, without further ado are my top ten.

A pair of criss-crossing sevengill sharks (Notorynchus cepedianus) at La Jolla Cove.Sevengills make periodic appearances off Pt Loma and La Jolla in the springtime. There is speculation it is to mate or give birth, but we don\'t know yet. There is a citizen science project aimed at understanding which sharks return and when they return - http://sevengillsharksightings.org/

Wooded stacks and an arch at 2nd Beach, Olympic National Park, WA.Our first outing in the Olympic National Park was to 2nd Beach. After a short 3/4 mile hike through beautiful forest, the trail leads to a set of steps down the hillside and drops you off on a beach that time forgot. Like a set out of jurassic park, the beach is covered in drift trees and off the beach are island \'stacks\' with their own mini forests. Bald eagles fly overhead as they return to their nests in the trees off the beach. The sun never broke through the low clouds, but that didn\'t dampen the beauty of the rugged hidden beach.

Mineral Creek Falls along the Hoh River Valley Trail, Olympic National Park, WA.This small lush waterfall was up the hill from the main trail. We quickly agreed to take the trail to see how close to the waterfall we could get. Once we got up to the base of the falls, the only way to get across was a narrow tree that had fallen across the small ravine created by the stream. I ditched my backpack and with some encouragement from Crtr Grl, I carefully scooted across the log with camera and tripod.I successfully made it across and took my shots along a steep muddy trail that continued up and over the falls. On my way back, I lost my balance and fell into a bush along the side of the stream. As I fell, I was able to hold onto the bush to stop from falling all the way into the small ravine, but I think Crtr Grl\'s heart stopped. Another scoot across the fallen log and I was back on the right side of the stream. Everything is slippery in a rain forest, even if it hasn\'t been raining!

Rebreather diver coming back from the depths at the Coronado Islands, MX.

Colored rock strata in the Valley of Fire, Nevada.We were in Las Vegas to run our first half marathon. But we really don\'t fit in and don\'t enjoy the city, so we found the nearest state park and went exploring. This location was a nice short hike the day before our half marathon and the peace and tranquility of nature can\'t be beat.

Storm at La Jolla CoveAn angry ocean pounds the reef at La Jolla Cove, CA. One of my favorite places to photograph, the La Jolla Cove area has beautiful sandstone structures that are continually being eroded by the ocean. You have to be careful on the reef during high surf to not get hit by a large wave and washed out into the ocean.

A hammock under the pier and a sunset at the beach are a recipe for serenity, at the Oceanside Pier in Oceanside, CA.After the stormy day, the skies around the pier actually cleared for the sunset. After the sunset, however, clouds started coming in again fast. And yes, that is a hammock. A kid strung it up to the pier pilings in the surf zone and was laying there over the water as the sun went down.This was shot with a Singh-Ray 3 stop reverse neutral gradient filter plus a 4 stop solid neutral density filter for 1 minute.

Storm in the desert over Borrego Springs, California.After seeing the forecast, we decided to head to the desert and try to capture the storm. We weren\'t disappointed, with strong winds, fast moving clouds and rain. While driving along Pegleg Road (S-22) outside of Borrego Springs, the sun exploded through the clouds, illuminating the mountains. At the same time, rain was falling on the windblown sand at our feet.