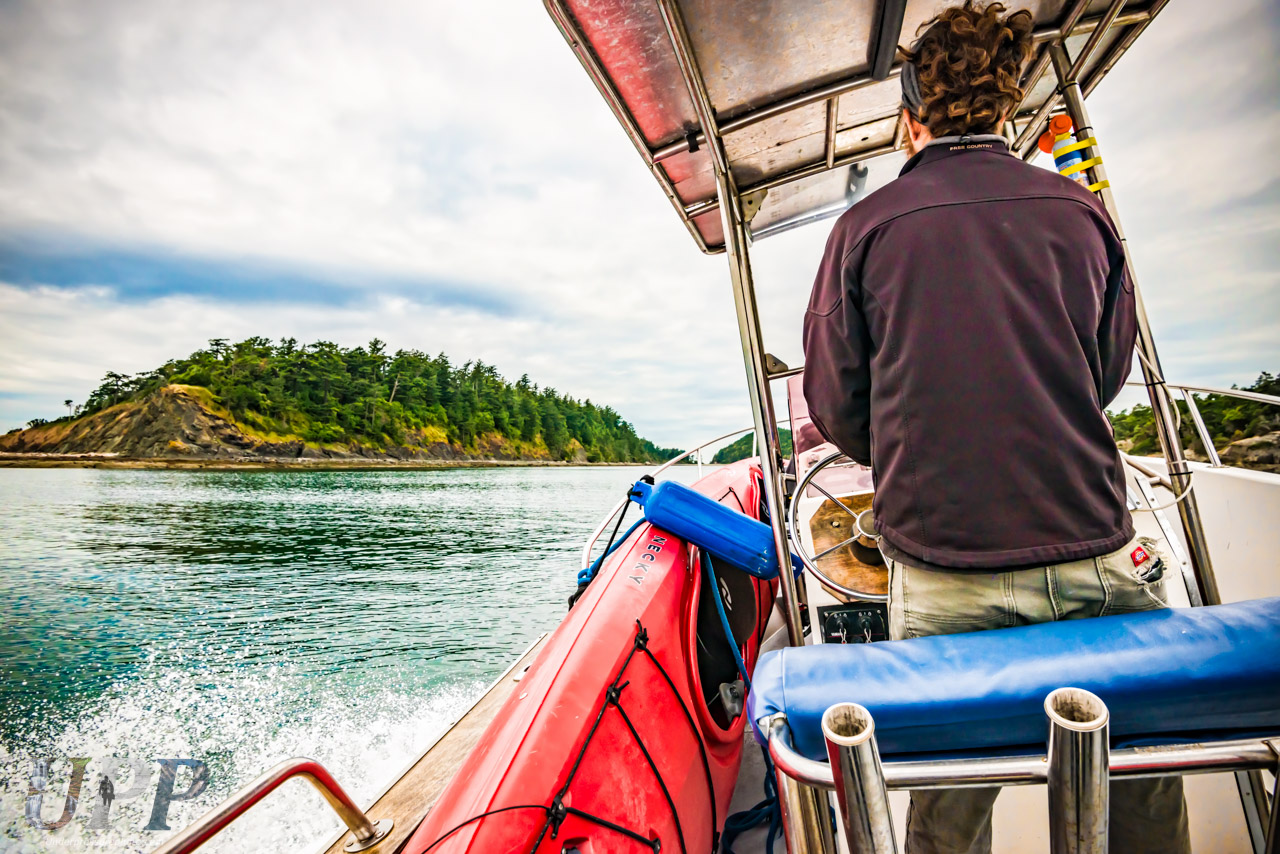 Sucia Island State Park in north western Washington State is a remote, forested island where you can get back in touch with nature, far from civilization. It has a long and interesting history, starting with the Lummi Indians using the island for seal hunting. Then it was used to smuggle Chinese laborers in the 1800s and for rum running during Prohibition. Finally, it was purchased by the Puget Sound Interclub Association (recreational boating club) and donated to the state of Washington to serve as a marine park. Sucia Island means ‘dirty‘ in Spanish, though it’s for nautical reasons and the closest English would be ‘foul‘. It was named around 1791 by Spanish Captain Francisco de Eliza because its shore was surrounded by hidden reefs and rocks.

Getting to Sucia Island 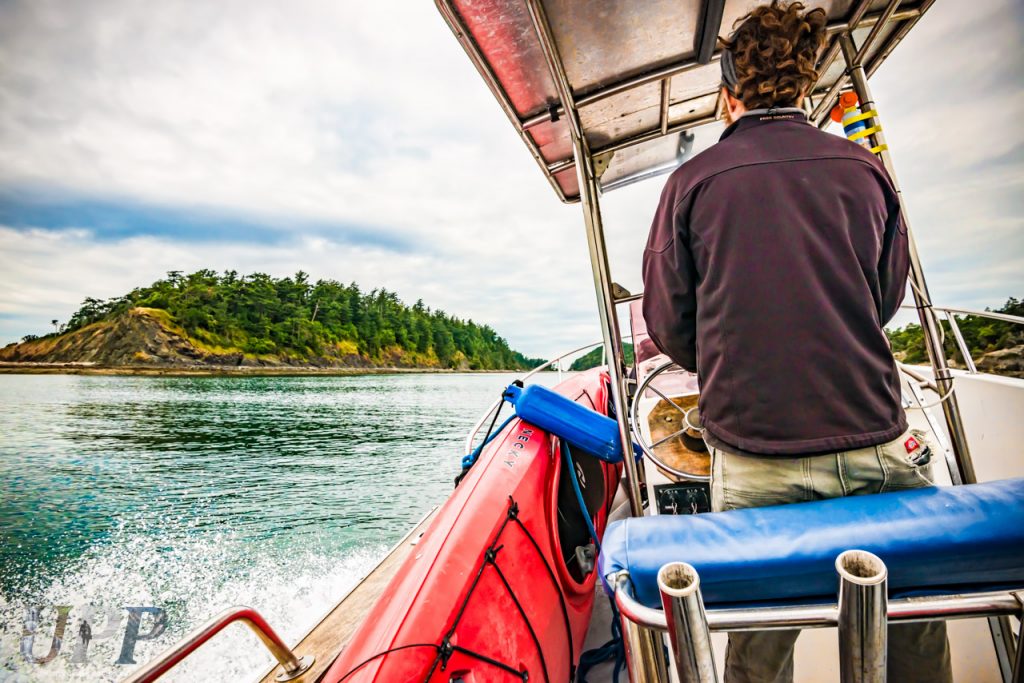 We arrive at Sucia Island with Captain Benson

CrtrGrl and I were on vacation on Orcas Island and were looking for places to explore. We saw most of Moran State Park on previous days and Sucia Island was recommended to me by nature photographer Jon Cornforth at Cornforth Images. Thanks Jon, excellent suggestion! We didn’t have reservations and showed up about an hour early to try to get on a morning boat over to the island. Outer Island Expeditions provided our ‘water taxi’ service to and from the island. Only two other people were heading to the island and they were renting a kayak to explore the shoreline. The schedule was that we would be dropped off around 10:30 AM, picked up at 4:30 pm. Of course, in the back of my mind I was wondering what would happen if we weren’t back to the boat dock on time. I hoped we wouldn’t find out. 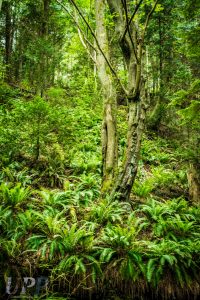 We left on time and it was a quick trip across the 2.5 mile channel between Orcas Island and Sucia Island. Our friendly boat captain Benson and assistant Lindsay explained what to expect on the island. The only way to Sucia Island is by boat or seaplane. Boats can tie up in any of the five bays and there were only 3 boats tied up to the dock in the main harbor of Fossil Bay. We were excited to be arriving to a virtually uninhabited island.

Heading Out to Explore

There are no roads on Sucia Island. The trails range from large trails used by the rangers on their UTVs to steep and narrow, overgrown paths. You can find a map of the island here. Hiking through the valley in the middle of the island, there were no humans around and the call of wild birds made it feel just like Jurassic Park. Lush ferns and moss covered trees were on all sides of the trail. Nearing Shallow Bay, we started to notice mosquitoes following us due to a marsh near the beach.

Reaching Shallow Bay, we crossed the beach passing a sea lion carcass and then hiked up a small trail along the beach-side cliff face from Ghost Forest to the China Caverns. Flowers were starting to bloom on the rocks and a few sail boats were anchored in the bay. As I inched out onto a rock cliff to try to get a certain angled photo with both flowers and the wooded bay, I knelt down and stuck my hand into something soft and squishy. How many of you have inadvertently knelt or put their hand in something unexpected while trying to get a shot? In this case, it was goose poop. Fortunately, not too fresh. 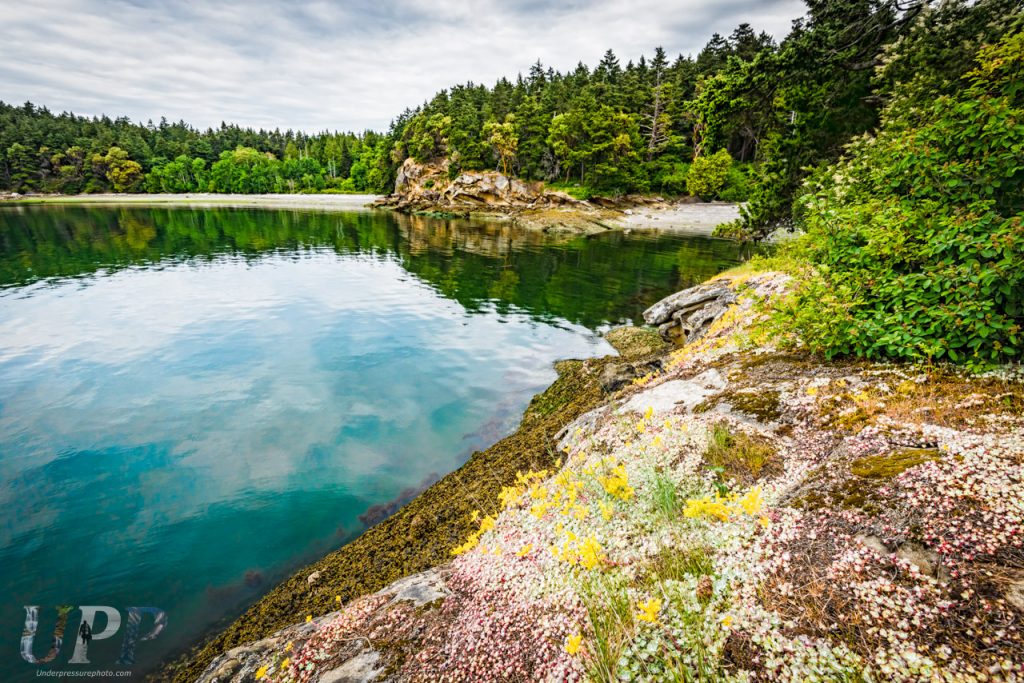 Spring flowers on Sucia Island, where I stuck my hand in goose poop

After eating a quick lunch near China Caves, we skipped exploring Lawson Bluff and followed a trail to Echo Bay. It’s the large bay made up by the U shape of the island. The tide was out, leaving a small rocky reef exposed to the air. Lots of small, dead crabs littered the beach, while seagulls and herons hunted for live ones. On the reef, we could see many anemones closed up, waiting for the tide to return. There were only a couple of starfish. The population is probably still recovering from the sea star wasting disease. 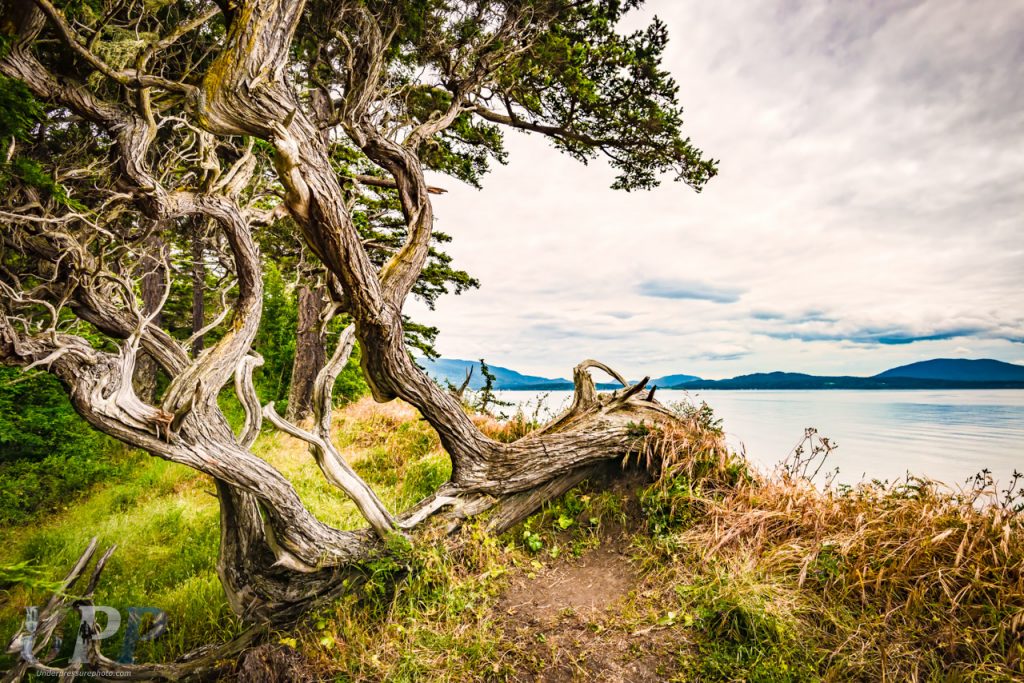 Windswept tree on the sea bluff of Sucia Island

Ewing Cove was independently recommended to us by both Lindsay and Benson. On our travels, whenever something is recommended by two separate people, I try to take it seriously. We originally planned to hike to the opposite end of Sucia Island just to see it, but we realized with our meandering path that it would probably take too long to get there and get back. As a result, we can’t share any photos of it or make a recommendation, but we have it on good authority that it’s worth the hike. We decided to turn around and take our time walking back towards the pickup spot. 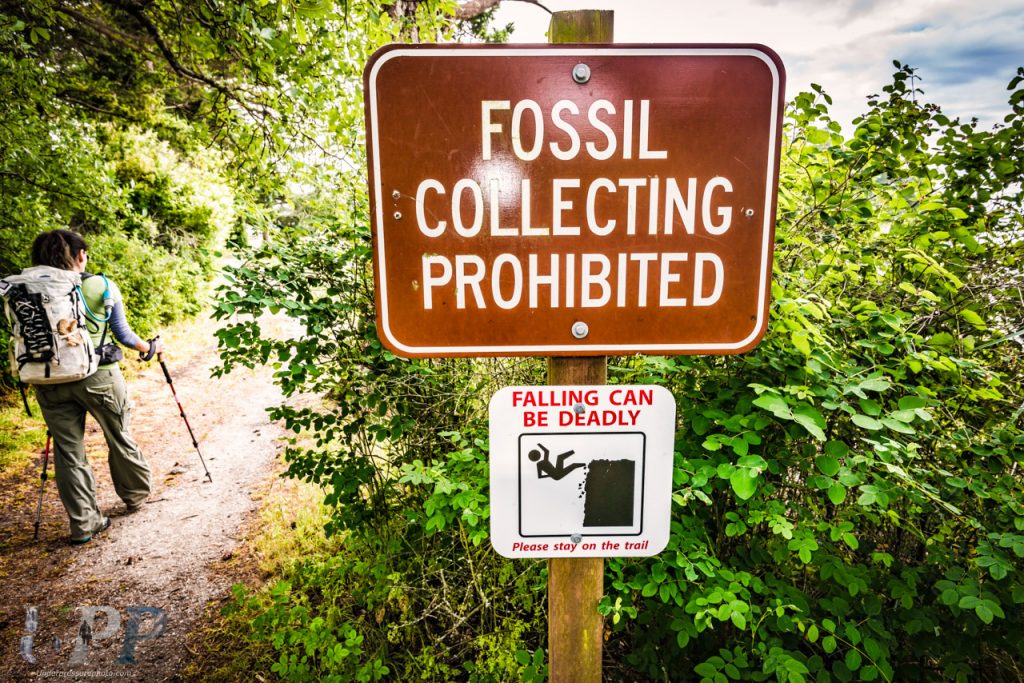 Ok, we’ll try not to fall. No fossil collecting sign near Fox Cove on Sucia Island.

We headed back to Fossil Bay from Echo Bay, taking the direct high trail that took us over a ridge. There were views to the north east for part of the hike back, looking out over Echo Bay. While being pestered by mosquitoes and stopping to try to photograph a large and colorful crane fly, we met an older gentleman that was hiking alone. He asked us a few questions about where we were from and what we were trying to photograph. We ran into him a second time and chatted a little more, finding out that he’s retiring and moving to Port Townsend. We shared a common dislike for city life. 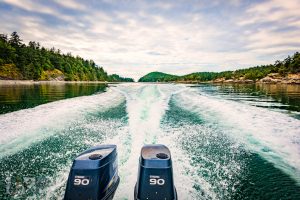 Back at Fossil Bay

Arriving back in Fossil Bay, we were still early for our return boat, so we headed over to the nearby Fox Point to look for fossils. The trail we picked climbed up a ridge along the sea cliff with amazing views across the channel to other islands, but there were no fossils to be found. I think most of the fossils are on Ev Henry Point, but the trail is considered unsafe due to erosion. The third option would have been to walk along the south western beach to Ev Henry Point. It was low tide, so it was an option, but we were already tired from our other hikes and decided to leave that for a return trip. In total, we hiked about 5 miles round trip. If we had gone all the way to Ewing Cove, it probably would have been 8-10 miles total after our meandering. 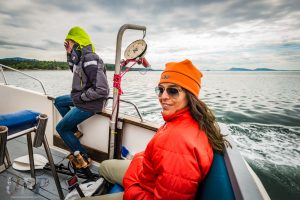 We sat on a picnic bench near Fox Cove, relaxing, snacking and waiting for our pickup time. Soon we saw the kayakers carrying their kayak from Fox Cove to Fossil Bay (rather than paddling the long way around). We joined them back at the dock and soon Benson and Lindsay arrived to pick us all up. They were very happy we were all back and ready on time. The ride back was uneventful and passed quickly. We were very happy we decided to take a day on Sucia Island.