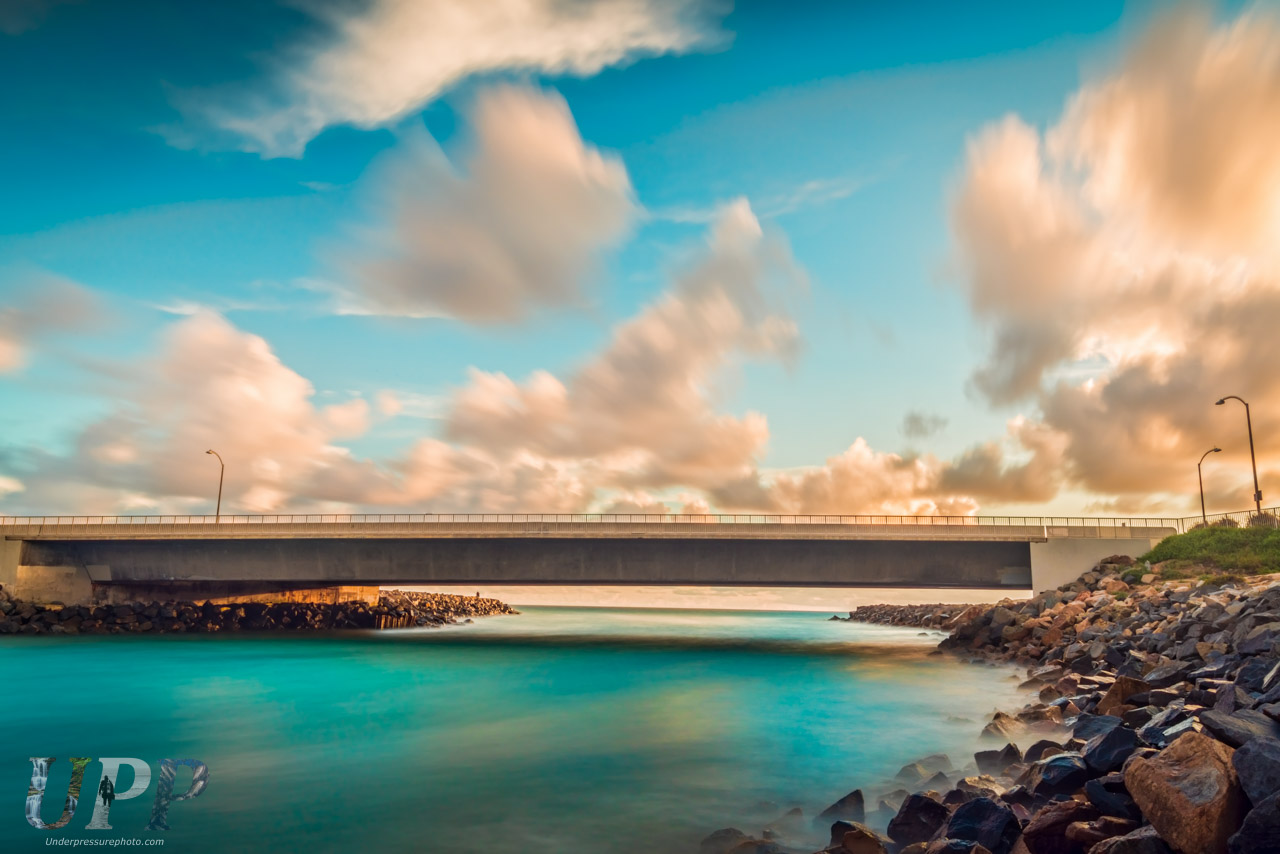 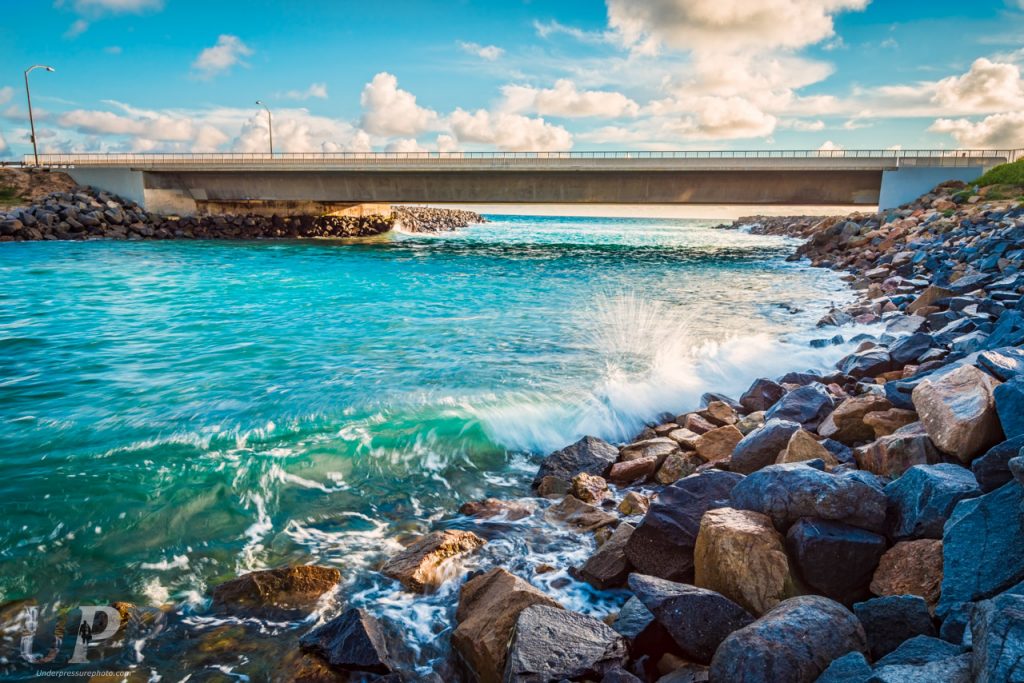 After the brief storm, CrtrGrl and I noticed the clouds were large and puffy, dotting the sky and moving at low altitude. Perfect conditions for shooting the beach! I wanted to try someplace new, so we decided to head down to Tamarack and do some exploring. I had a long exposure shot in mind that would take advantage of the moving clouds. 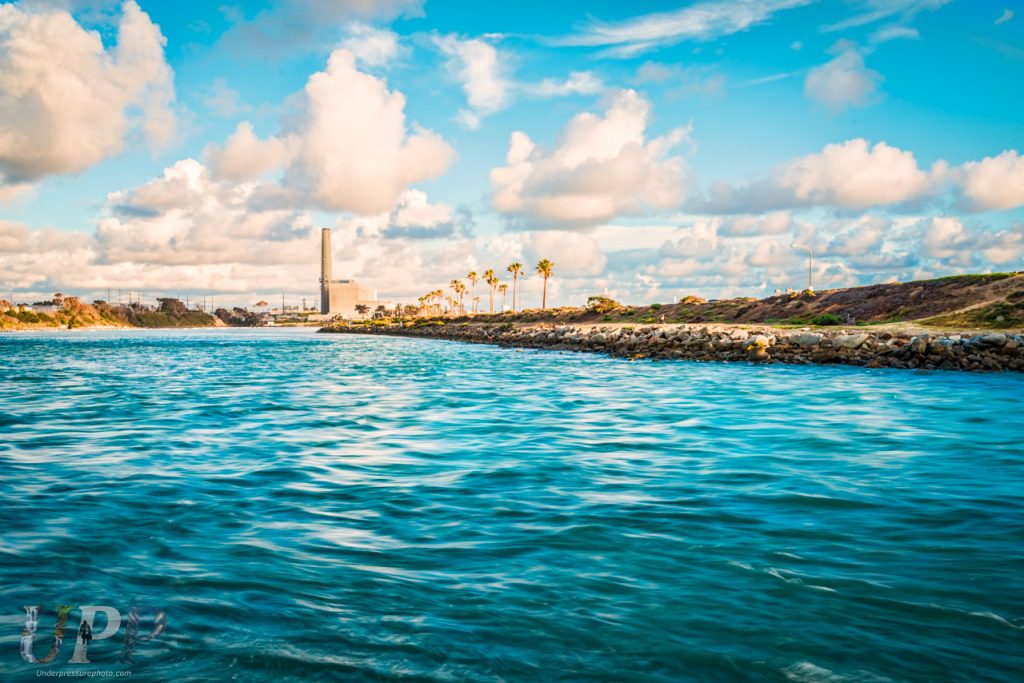 We parked our car on Pacific Coast Highway and walked over the bridge to the trail that winds along the Agua Hedionda Lagoon. We didn’t make it far before I found a composition that I wanted to explore. I carefully climbed down the rocks that line the entrance of the jetty, noticing that the tide was coming in strong. There was an incoming river running underneath the bridge. I set up the tripod, delicately balanced on one semi-flat rock and took some shots of the incoming water and small waves that bounced between jetties. I like to shoot a variety of shots before the sun starts to set to see how the various compositions look.

I also liked the way the moving river of water was rushing into the lagoon, towards our local Encina Power Plant. That power plant brings mixed emotions. It’s a landmark and makes for an interesting subject in photos. However, I know it’s burning oil and gas, spewing out carbon dioxide and contributing to climate change. I think they plan to tear down the 400 ft tall smoke stack and replace it with an all natural gas plant. Not much of an improvement and not exactly investing in our future. 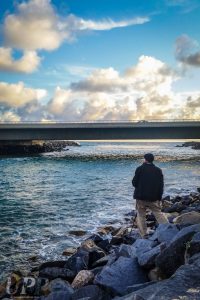 As the sun lowered to the horizon, I stacked both of my Singh-Ray neutral density filters and slowed the shutter speed as much as I could. I turned back to the bridge, knowing that the composition was better if I maximized the sky and clouds.

The waves were starting to come in a little larger and I had to be wary of some large ones. While doing a long exposure shot, I hate to interrupt it 30 seconds in, risking splashes from the rocks. But there was one large wave coming in and I saw it ahead of time. In the middle of an exposure, I grabbed the tripod and turned my back to the splash, shielding the camera and lens with my body. I was dripping, but the camera was clean.

I wanted a shot that smoothed out the river and showed movement in the clouds. Every few minutes I could try another shot, with the clouds moving to different formations. After a few more tries, I shot this final image with a 40 second exposure. 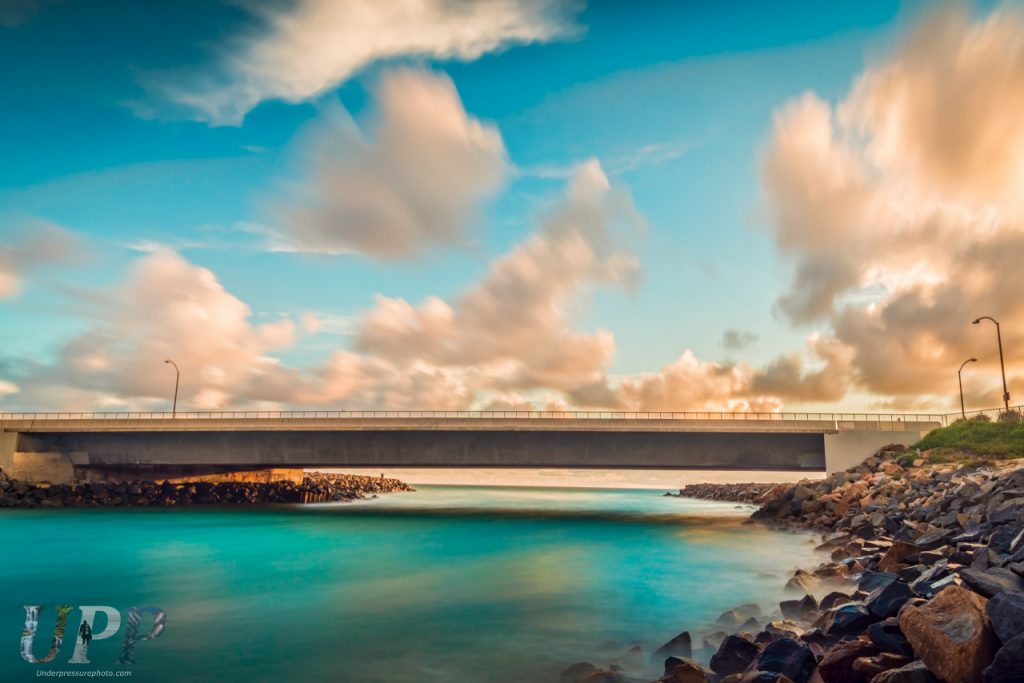